The direct buried optical cable is armored with steel tape or steel wire on the outside, and is directly buried in the ground. It requires the performance of resisting external mechanical damage and preventing soil corrosion. Different sheath structures should be selected according to different use environments and conditions. For example, in areas with pests and rodents, an optical cable with a sheath that prevents pests and rodents from being bitten should be selected. Depending on the soil quality and environment, the depth of the optical cable buried underground is generally between 0.8m and 1.2m. When laying, care must also be taken to keep fiber strain within allowable limits. 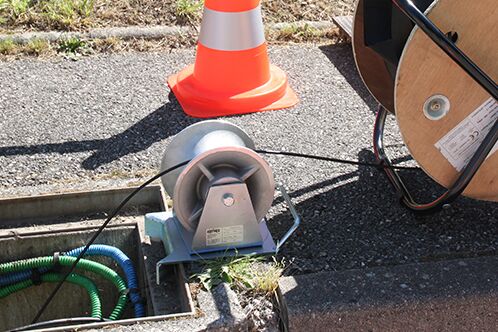 1. Avoid areas with strong acid and alkali corrosion or severe chemical corrosion; when there is no corresponding protective measures, avoid termite damage areas and areas affected by heat sources or areas that are easily damaged by external forces.

4. The laying position is in places with frequent excavation such as urban access roads, which can be laid with eye-catching sign belts on the protection board.

5. At the laying position in the suburbs or in the open area, at the straight line interval of about 100mm along the optical cable path, at the turning point or the joint part, obvious orientation signs or stakes should be erected.

8. When directly buried optical cable lines intersect with railways, highways or streets, protective pipes should be worn, and the protection scope should exceed the roadbed, both sides of the street pavement and the side of the drainage ditch by more than 0.5m.

9. When the directly buried optical cable is introduced into the structure, a protective tube should be set at the through-slope hole, and the nozzle should be blocked by water.